Imagine if you can that we finally had a bitchin zine show in San Ho at the Local Color gallery on first street, in the exorcised building long tenanted by a Ross. Éxitos Gnosis and I got caught unawares and didn’t table, but we will be there next time for sure. As always, shocked to see that I know like a quarter of the people at bay area zine shows regardless of time, and as always charmed by the young people pushing onward with the form.

Here’s my haul from the show. Reviews to follow. We got Black Tea #2 and #3 from my homeslice Jason Martin, who also did the illustrated stories behind Dylan albums and shit, 1001 Black Men by Ajuan Mance, Ben Pissmore’s Goodbye, Megan Delyani’s Purissima, and Mic.Kit’s I am nothing but garbage, which was exhibited at Caffe Frascati.

I’ve wanted that god damned illustrated Atrocity Exhibition since I was 17 and now I have it … signed by Vale, pendejos! I think I did him a small service telling him what an impact his RE-Search work has had on me in my life.

So just now found out that Micah Warren finally found his home –as we all knew he ought –in Pork Magazine’s Rock & Rule Records, a place for finding art often as goofy and derivative as Glitter Wizard’s whole act, which Micah has lovingly been doing for like 10 friggin years. Good job Micah!

Being that they’ll publish any old junk, maybe I should send them some comics…

Far Cry, the furthest-out literature zine from western Massachusetts, is now available! This digest-size (half-sheet) zine is the perfect home for not-normy writers and those who read them.

Volume 7, published by Anika Balaconis when she’s not running her restaurant and playing punk rock in Greenfield, has five stories. Two of them feel like sketches, or pieces of something a lot bigger. Balaconis’ story The Book of Heroes, for example, took two reads to understand, not because it was really dense, but because the narrator was building up some compelling stuff. It belongs to a much bigger story.

Probably the best story in terms of characters, plot, technique that makes for resonance and enjoyment, is the final story Ages of the Dome by J.D. Hairston. He’s the cook and Anika’s partner at the Brass Buckle. Their band together is called Rebel Base. They both seem like rad people. I’ll have to sneak into the landing gear of an airplane going to Massachusetts and take my chances burrowing to Greenfield.

Ages of the Dome is about a kid who lives in a bubble on a planet Earth convalescing from (probably) ecological catastrophe, and he visits his dad to watch him die with a final high-five, taking all the knowledge of the world before catastrophe, all the lifespan that the new kids won’t live, with him. It hit a lot of stuff I’ve been thinking about, and the characters were executed clean for a tiny 1,000-word story. I hope to read more of his stuff soon.

Anika was kind enough to put one of mine in, too, which also had an ecological theme. This made me happy because I wrote it to order (yuck) for another zine who ended up not using it. Hit the website to order yours today!

This zine out of Greenfield MA, edited by the hardworking Anika Balaconis, only makes paper copies, and they’re not expensive at $4. I got people selling their Kinkos-copied busride doodles for $4 at zine shows (respect, guys). They do serious speculative fiction that’s off the usual genre stuff. Check them out! 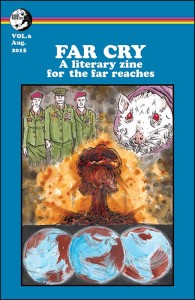 I mean, look at this one. That one’s good, but this one looks great. Changeling Press, man. Computer-generated bodies. What am I doing with my life???

Anyway. Long and Short also did one of my stories. Show them love and read some of the books they’re offering!

Why watch stupidass Disney channel crap and Netflix corporate garbage? Read the People’s literature! If you feel like reading Almira and the Backward Family on your device, visit Kindle to download it.

Here’s a review of my story Almira and the Backward Family by a really nice blogger and ebook author called Nagendra Murti. Hit him up!
https://theindiewriterssocial.wordpress.com/2015/04/18/review-of-almira-and-the-backward-family-by-eugenio-negro/

The Micro Grant for Black and Indigenous and Persons of Color is on!! Are you a BIPOC? Do you make zines? Want $100 to help get that next one going?? Sign up now! You’ve got only until 3 April!!
http://arrowarchive.blogspot.com/2015/02/micro-grant-for-bipoc-zinesters.html 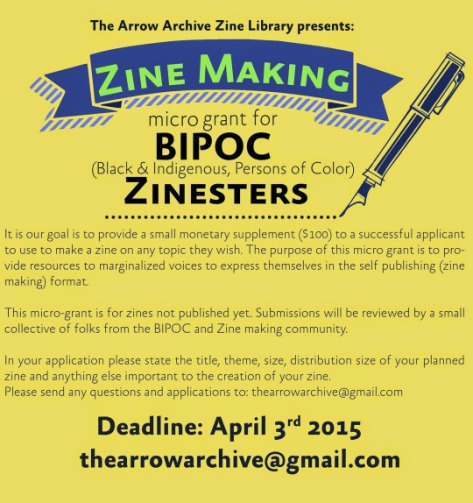